IES Group prepares for growth with Sage X3 and Panni

IES reached out to Panni and put forward a unique requirement to be up and running within two months. Panni was uniquely positioned with its rapid start Sage X3 implementation suites. 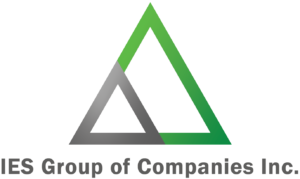 IES is a diverse group of companies with both operating and holding companies in its portfolio in health products, industrial equipment distribution, and energy exploration. The group deals with both Canadian and US legislations and deals with suppliers from all over the globe.

The group’s main pain points were to handle multi-currencies, transaction processing, and inventory control. They wanted to trace upstream entries right down to the General Ledger (GL), track landed cost by item, and accurately cost inventory.

IES relied on QuickBooks, which they were using since incorporation to run their growing multi-company environment. With the group’s growth in recent years, the sheer number of hours spent reconciling its assets meant an urgent need for a better ERP system. They were about to acquire another large asset and they wanted to be up and running with a robust platform before closing the deal.

With its expansion of operations from Western Canada (Alberta, British Columbia) to Eastern provinces (Saskatchewan, Ontario, and Nova Scotia), the group needed Cloud services to run seamlessly. They wanted something that was quick to scale and grow.

IES reached out to Panni and put forward a unique requirement to be up and running within two months. Panni was uniquely positioned with its rapid start Sage X3 implementation suites. After an extensive analysis of the businesses and group requirements, Panni proposed a staggered implementation starting with setting up the larger companies first to target the growth areas that can be handled in Sage X3.

Panni implemented its fast-track methodology, achieving the objective of go-live within 2.5 months. By the end of the implementation phase, all the group’s systems were moved over to X3. The platform gave the management a consolidated view of the companies and fulfilled all audit requirements including reporting.

Panni is trusted Sage X3 implementation partner and for over a decade, we have grown to help companies across North America and UK  leverage technology to improve operational efficiencies and productivity in sectors such as oil and gas services, retail, chemical manufacturing, food and beverage manufacturing, gaming and hospitality and hard goods manufacturing.

For more information on Sage X3 Integration and Services, please contact us.

For over a decade, Panni has helped companies transform their business to become more efficient, agile and profitable. We are one of the most successful  ERP implementation companies trusted by dozens of companies in the region to improve their bottom line.